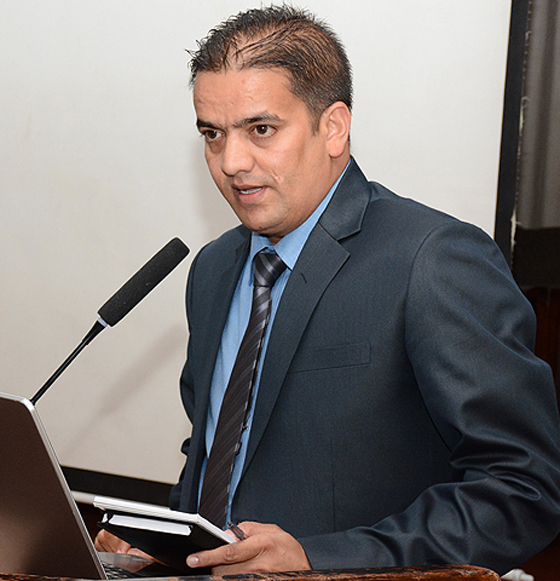 Abhaya R. Joshi- Mr Joshi holds Master’s in Sociology and graduation in Law and Marketing from Tribhuvan University, Nepal. As a logistic and security officer, Mr Joshi has served in the ANFREL Foundation during International Election Observation Mission to Nepal in 2013.

From Nov. 2011 to Oct. 2012 Mr Joshi worked as an Implementing officer at Special Committee for Supervision, Integration and Rehabilitation of Maoist Army Combatants is regarded as an important part of Nepal’s historical peace process. During 2007 to early 2011 Mr Joshi was involved in INHURED International in the capacity of Monitoring Coordinator.

Mr Joshi is a concept writer and producer of ‘PRAYAN: Militia to Military’ and ‘Rupantran Ma Nepali Sena’ two very rare collections of documentaries analysing Nepal’s Peace Process in the light of Army integration in the country.