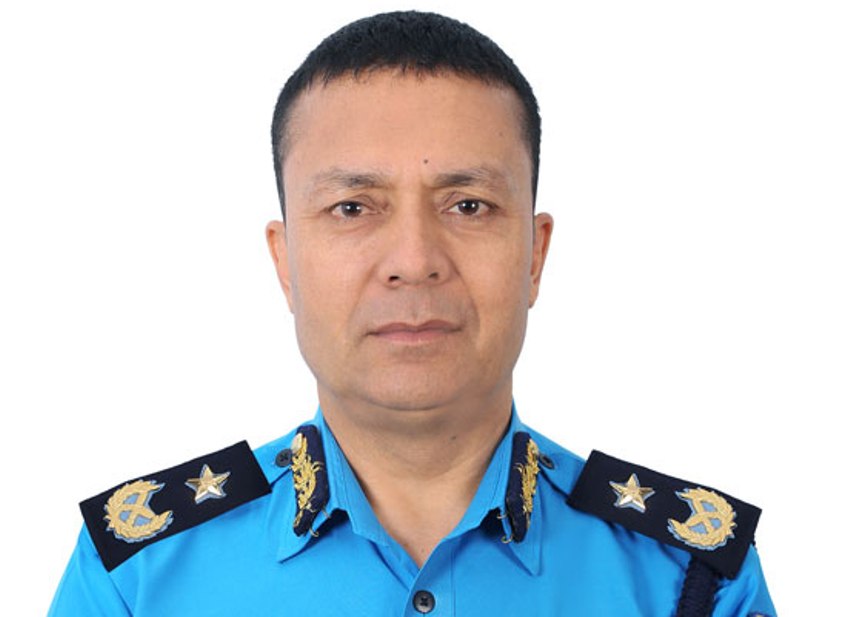 A meeting of Council of Ministers on Tuesday promoted Chhetri to the post. Chhetri will hold the post until May 2, 2022.

Current IGP Thakur Gyawali is retiring on Wednesday after completing his 30-year tenure in the police department.

AIGP duos Shailesh Thapa Chhetri and Hari Pal were in the race for the most valuable feather in the force.

Chhetri has been looking after the Human Resource and Administration Department of Nepal Police. He has successfully taken command of the most challenging areas as Jhapa and Kaski districts.

He has also accomplished the challenging tasks in the Metropolitan Police Office, Ranipokhara and the spokesperson of the police. Chhetri had joined as a police inspector on Basaikh 19, 2049 B.S.

The main challenge waiting for the new IGP is the COVID-19 induced crisis management.

“With wide-spreading coronavirus transmission, the main challenge for the new leadership is to mobilize the entire team for prevention and control of the pandemic without letting any member succumb to it,” Former AIGP Nava Raj Dhakal said to Khabarhub.

“Shrinking of economic activities due to COIVD-19 may make room for financial crimes,” Dhakal revealed another challenge, “controlling the criminal activities induced by starvation and scarcity.”

The frustration caused by coronavirus crisis and lockdown may take the form of protests in the streets. In such a condition, the police should use the force but should ensure that no damage is made to both sides.

“Besides COVID-19 induced crisis, the management of the internal discipline in the police force, the chain of command, the frustration, etc. seek the attention of the leadership,” Dhakal said.

Former DIG Hemanta Malla thinks that the main challenge for the new leadership is to spare the declining name and fame of the force.

“Be it the Nirmala rape and murder scam or the gold trafficking scam or even the weaknesses noticed in the career planning inside the police force,” Former DIG Malla said to Khabarhub, “the main challenge for the new IGP is to safeguard the glory of the organization.”

According to Malla, the dissatisfaction is at the rise in the organization.

“The political interference has resulted in the decline of the glory of organization, so the leadership should ensure that more than the political sycophancy, abiding by the chain of command is important. Together with it if the faith of the civilian is restored, the leadership proves to be successful,” Malla concluded.