Webinar On Police Structure In The Federal Set-Up In Nepal 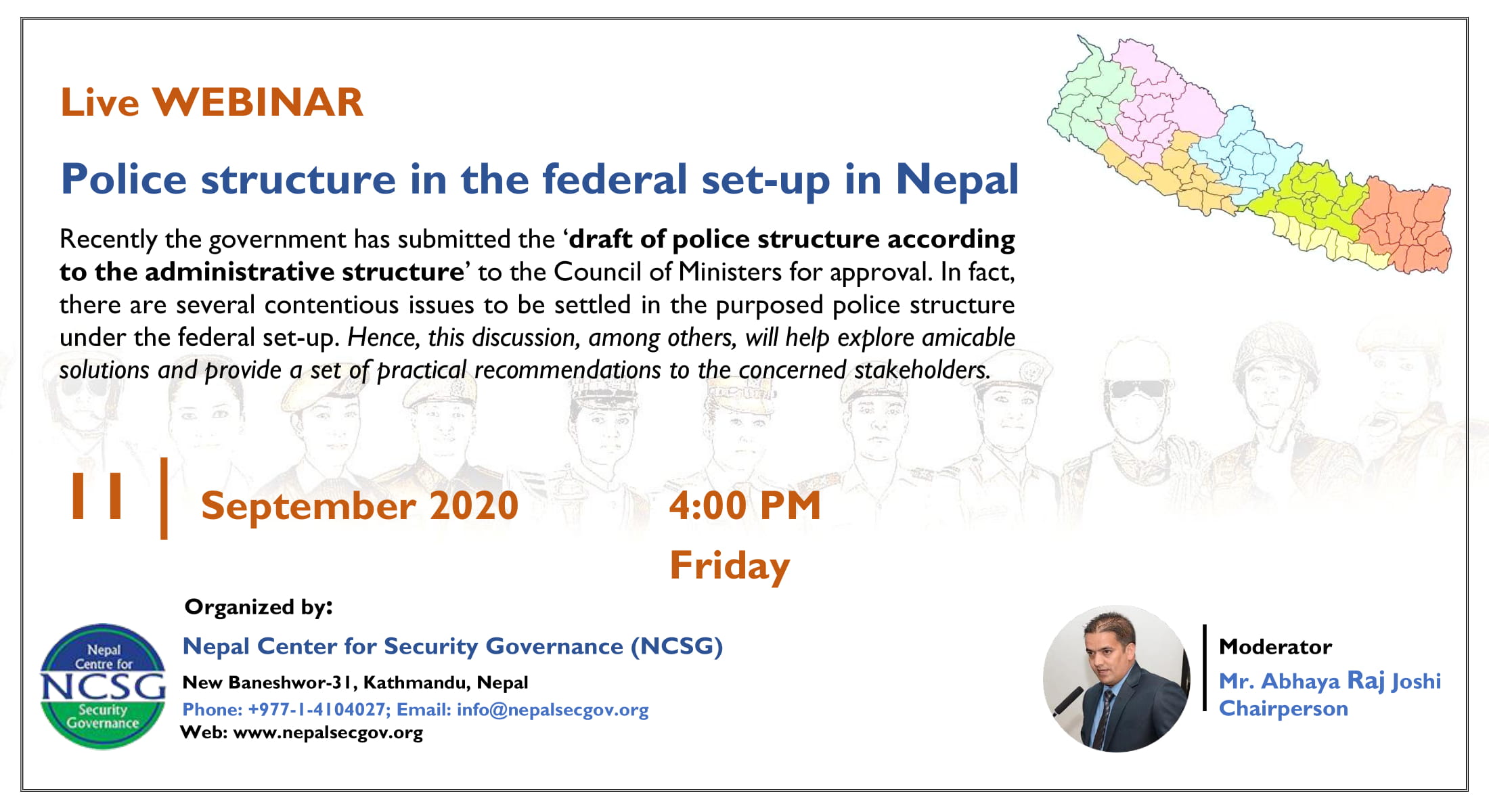 Webinar On Police Structure In The Federal Set-Up In Nepal

Given that there are several contentious issues in the purposed police structure under the federal set-up, Nepal Centre for Security Governance (NCSG) assembled distinguished individuals for a high level virtual roundtable on the topic. Among others there was active participation of provincial ministers (Ministry of Internal Affairs and Law), policy makers, security experts, researchers/scholars and civil society actors. The roundtable was part of NCSG’s regular Discussion Series, and this time was particularly focused on legal and operational assessment of the two specific documents: 1) Nepal Police and Provincial Police (Operation, Coordination and Supervision) Act- 2020, and 2) ‘Draft of Police Structure according to the Federal Administrative Structure’ recently submitted by the Nepal government to the Council of Ministers for approval.

The brief presentation by DIG (Retd) Hemanta Malla Thakuri highlighted the background, including the enactment of the Nepal Police and Province Police Act-2020 which provisioned a five-member Police Coordination Committee headed by the Minister of Home Affairs (MoHA) to identify, review and solve policy problems regarding operation, supervision and coordination of federal and provincial police. He mainly elucidated the legal and operational challenges associated with police restructuring. There are a lot of grey areas and loopholes in the current Act and related laws which unless streamlined would affect effective functioning as well as demarcation between Federal and Provincial police, he explained.

Security experts are mainly found concerned on challenges associated with the operationalization of provincial police, given that deployment of police personnel to be made scientific and based on the local context and need. Deployment of police personnel from Nepal police to provincial police should also ensure equality in their career development, they said. Legal framework guiding provincial police structure should be made clear without overlapping of jurisdictions with Nepal police. Nevertheless, Federal police headquarter is vital (unlike India where there is NO Federal police headquarter for control and coordination with provincial police is suffering several operational challenges) for forging necessary control and coordination, they stressed.