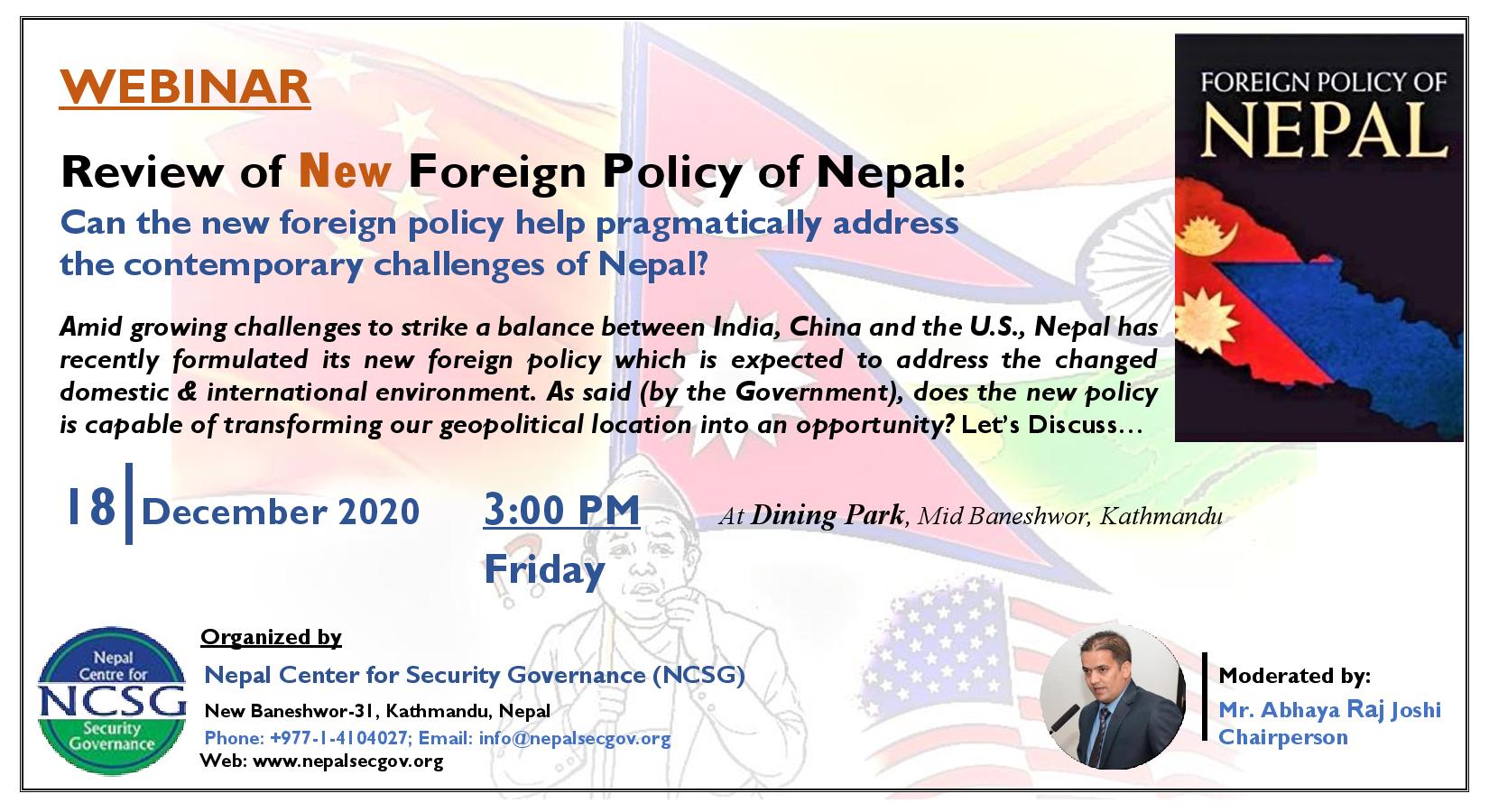 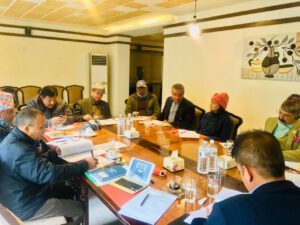 As part of its National Working Group (NWG) meeting, Nepal Centre For Security Governance (NCSG) held an interactive discussion to review Nepal’s new Foreign Policy document on 18 December, in Kathmandu. There was open participation among a pool of distinguished individuals; those among others included national security experts, career diplomats, bureaucrats, political analysts, rights advocates and researchers/scholars. Earlier, NCSG’s Chairperson- Mr. Abhaya Raj Joshi had welcomed the participants and highlighted program objectives at the beginning and had moderated the event.

The Ministry of Foreign Affairs has recently furnished Nepal’s new foreign policy, and amid the growing pressure the new policy was made public. The document seems to be prepared in hush-hush with little or no consultations among political parties and foreign policy experts which could lead to the ownership crisis. At the outset, the document failed to bring out the mother road of Nepal’s foreign policy.

Some of the key observations made were on voluminous nature of the document which has SWOT analysis (Strength, Weakness, Opportunities and Threat) elaborate guidelines on emerging issues of economic and public diplomacy, labor diplomacy, climate change, soft power, and among all which in general are not included in foreign policy document. The document was vague for its objective, whether it was to show to own people or to project to foreign powers. If that was so, the challenges that are specified at the last chapter appear to be irrelevant while framing our policy document.  Many participants showed their deep disbelief in its implementation as the document itself lacked a substantive vision and ideas to deal with diverse issues.  Similarly, the policy broadly talks about Nepal’s engagement with its neighbors, major powers and its commitment towards multilateral organizations that includes the UN, SAARC and others. But it has missed to adopt a candid policy framework.

While discussing on track-two diplomacy that is included in the policy document experts showed ambiguity in the nomination and skepticism for their alignment with party interest. They raised questions on why GON would prefer track-two diplomacy to existing formal channels. How could this protect the national interest of Nepal?  Further, experts viewed the new policy would have been better if integrated with national security.

In conclusion, the meeting participants are found in unison for necessary amendments in the new Foreign Policy, to make it into a consensus-based document through broad consultations and coordination with important stakeholders. In any policy document, there lies scope to reframe by adopting a broad-based reference.  Despite several shortcomings, many believed recent endeavor of MOFA in bringing out the Foreign Policy Document was a stepping stone in making our foreign policy visible in white paper, which in the past did not ever exist, but practically was implemented in an ideal manner, must be redefined in a written, comprehensive, and integrated policy framework to address core national interests.