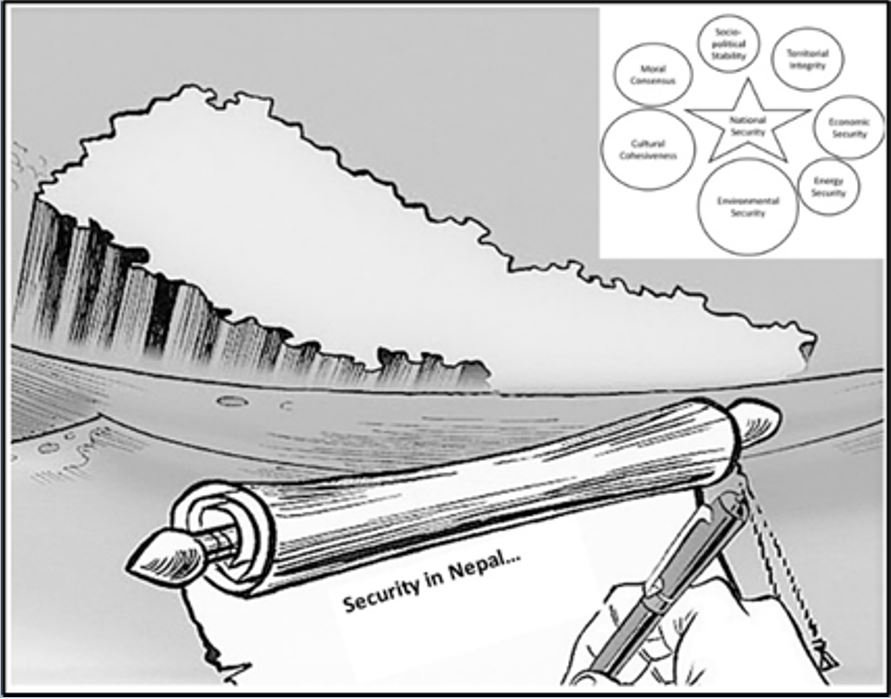 December 25 (Kathmandu), Nepal Centre For Security Governance (NCSG) held a closed group discussion over Nepal’s recent political development and associated security challenges. Among others, legal/constitutional experts, career diplomats, political analysts, law-makers, rights advocates, and scholars have had shared their views in the event. Along with welcoming the participants, the event was facilitated by Mr. Abhaya Raj Joshi, NCSG’s Chairperson.

Nepal’s prime minister K P Sharma Oli suddenly dissolved the House of Representatives on December 21th, setting the stage for fresh polls in May 2021. The president has invoked Articles 76(1), (7), and Article 85 to approve the dissolution of the House. Most meeting participants observe this move as the reflection of the president and the prime minister in cahoots. They claim that such an act by the President to praise the prime minister, without seeking wider political consultation and legal advice, is unbecoming of the high office and its duty as a protector of the constitution. On the part of the prime minister, it shows his willingness to take the country towards a confronting situation. This is shameful, they uttered.

Constitutional experts, law-makers, and legal professionals were quick to label the move of the prime minister to dissolve the House of Representatives as ‘unconstitutional’ and ‘undemocratic’. As per them, the prime minister has taken this move based on implied powers (at least, what he claims), in fact, this is against the expressed powers stated in the constitution of Nepal (2015). It is like the bad carpenter blaming the tools. They relent to the situation as they can do nothing other than waiting for Supreme Court judgment on the matter. Some legal experts also opined that the Supreme Court if somehow favors the prime minister’s move, we could disagree strongly. Some others are of the opinion that the functioning/judgment of the Supreme Court and the election commission will determine Nepal’s political landscape.

Some constitutional experts also take note of Nepal’s Constitution, 2015 where a whole page is dedicated for preamble. Why so long, what is the use of that? they expressed their resentment. They went on saying that seen as the protector of the constitution the recent decision of the President shows she lacked integrity, intelligence, and farsightedness. There were several options with the President before abruptly approving such an undemocratic request from the prime minister. The whole of the constitutional council is politicized in Nepal, they blamed the government for an unnecessary cost that will be required for the untimely elections, it happens, is a big economic burden for the country. Not only that, the instability caused by the prime minister’s move will decrease the already insignificant amount of foreign direct investment (FDI) coming into the country, which if not addressed on time will result in a multitude of negative impacts.

The security experts fear that the step taken by the prime minister seems irreversible.  From the security lenses, starting the day House of Representatives is dissolved to the Elections Days (if happen) the cost that will be incurred for the deployment of the security forces (including the Nepal Police, Armed Police Force, and Nepali Army) will be a huge financial burden for the country, especially at the time when country’s economy is devasted by the COVID-19 pandemic. As per them, the current political fraction seen within the ruling Nepal Communist Party (NCP) is similar to horse-trading. Security experts also pointed towards the rising security risks in the country, as per them if one group start some agitation and somehow even if a person gets killed, the situation will be beyond the control. Therefore, there is a high need for the Nepal Police, which is the first responder for any mishaps, should be made professionally sound. At this moment many of the security personnel are found frustrated because of the depleting logistics and lack of incentives for them. For that, the government should focus on their timely training and education, and equip them with the necessary logistics. Nepal police should be kept aside from politics, otherwise, if escalation of some sort occurs it will be difficult for them to control.  On the other side, Armed Police Force (APF) is an institution founded without much homework and planning, but just to overcome the security vacuum created by the Maoists during the period of armed conflict. So, the APF should also be trained and updated accordingly, they said.

The security experts also highlighted the situation that Nepal Police and APF are not cooperating but rather competing. This is troublesome and should be corrected as early as possible by the heads of these security institutions, they demanded. At present, both of these security forces are being managed and mobilized by the Chief District Officers (CDOs) who are untrained and lack any knowledge on the deployment of security organs. This should be corrected, they reiterated. Maintaining the law and order is the prime responsibility of the Nepal police. If somehow, the situation goes beyond their control then only APF should be mobilized. But, in practice, both Nepal Police and APF are found to be mobilized simultaneously, this is unprofessional? In fact, at present, there seems lack of any clear provision or framework for the deployment of security forces. This is a very problematic situation. The security experts further claimed that no matter whatever the decision comes from the Supreme Court and the Election Commission, one fraction of the political actors will always be angry and aggressive. If that happens and fraction resorts to violence then the situation outside of Kathmandu will be fearful. So, the time has come that Nepal’s security forces are given a professional run.

The academia/scholars have taken three dimensions to deal with the current political mess; 1) course correction (involves the legal and constitutional process), 2) political (involves consensus between the political parties), and 3) Security and Diplomatic. They also opined that Nepal, at present, is in a very fragile stage that may encounter several challenges in the future. This is the result of the continuation of doing the same mistake over and over by those in the leadership position (politicians) which is pathetic, they expressed that the current political turmoil is further problematized by the extreme geopolitical context Nepal is subjected to at present. Scholars further gaged pointing that political science does not analyze the intent of the political actors but just the outcomes. We feel that majority of Nepalese today are in a state of silence and amazingly found satisfied in failure. This is not good for a healthy democracy; one needs to understand power and justice relation. There is no way we Nepalese have to accept rubber-stamp president, they muttered.

Lawmakers expressed that international power dimensions have also played role in the dissolution of Nepal’s parliament. The prime minister is taking executive power as the superpower bestowed on him. This is unconstitutional, irresponsible, and illogical. Nepali society always tends to remain in silence which is one of the major causes for instability in the country, they claimed. Some human rights advocates opined that the prime minister’s recent step is very much expected from the beginning!! He has always moved in choose and pick a strategy, a dictatorship modality. Neo-nationalism is raising globally which is very risky, they said that we need to choose the least damaging step if we can’t avoid the disaster. Today, there is a threat to democracy all over the world, but the situation of confrontation is in no one’s good.

The meeting participants are found in unison to label the prime minister’s actions and the President’s approval as blatantly unconstitutional, brazenly undemocratic, and simply a continuation of historical blunders. There are thousands of opponents in the streets to oppose the move by the prime minister today. Now only the judiciary (the Supreme Court) stands between the road to authoritarianism and democracy. We couldn’t afford to repeat the painful past reflected by our elected leaders. Moreover, an intraparty dispute should not make the whole country hostage of indecision. There are not many options left for the judiciary than to make a rightful judgment, to establish the check and balance, to overturn the unconstitutional exercise of the executive. Hence, it is believed that the Supreme Court will set a precedent by assuming a counter-majoritarian role to safeguard the constitution.