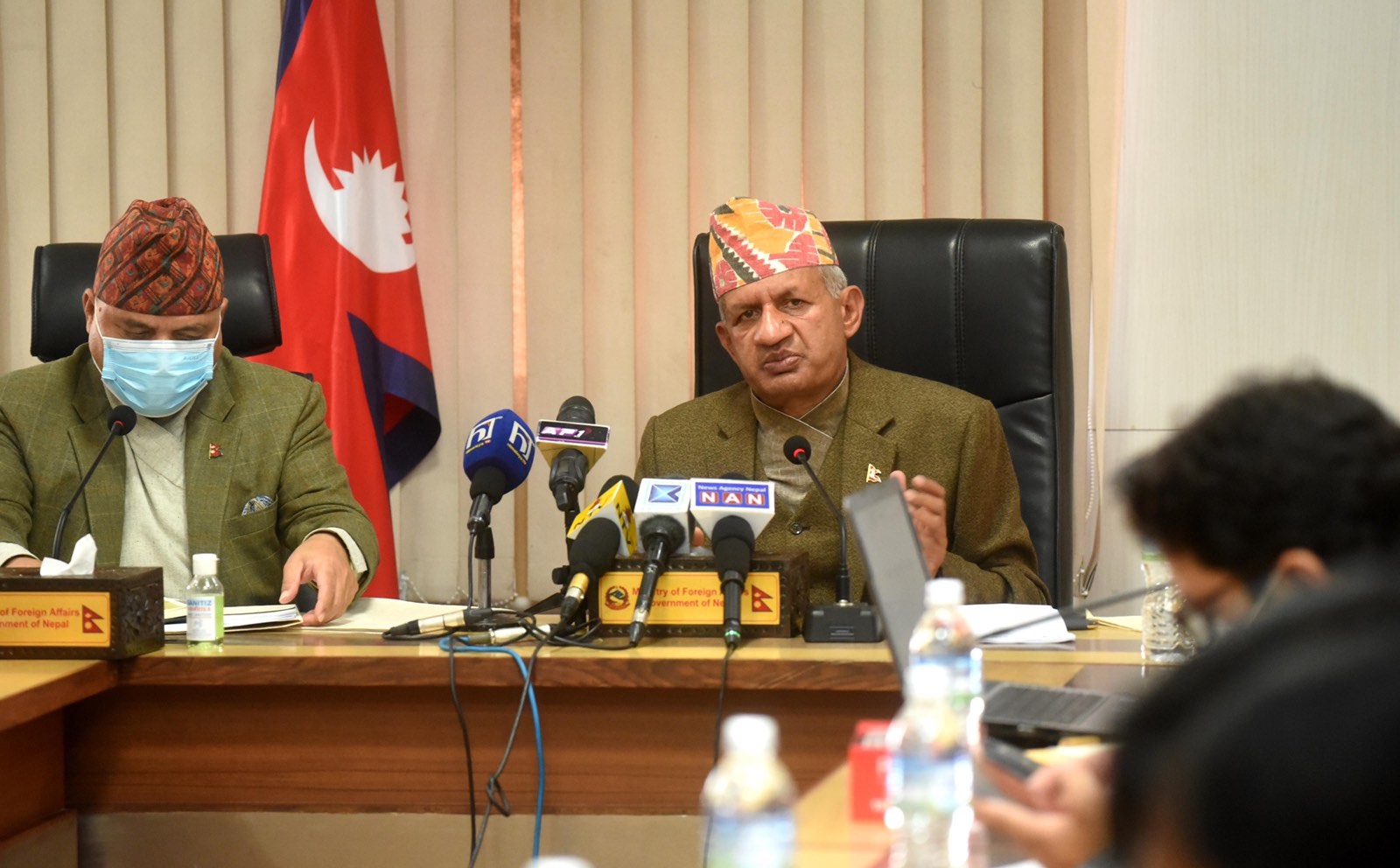 To practically implement the new foreign policy, it is important to integrate it with core national interests and priorities.

Foreign policy is the face of every country, also called an extension of domestic politics. So, interaction with political parties and related experts while drafting the policy becomes important. Foreign policy should be the voice of every party of the nation. Yes, there will be different agendas and goals of different political parties. But there should be some common goals or targets in important matters like national security and foreign policy.

All major parties have international affairs departments. Government could have interacted with them.

Nepal Communist Party (NCP) government made another big mistake. It has its own International Department but the same party government didn’t discuss any issues related to foreign policy within the party. Nor did it include the voices of the experts.

The government has been trying to bring out a new foreign policy for two years. They, thus, had a good deal of time for discussing foreign policy at the Federal Parliament. The International Relation Committee (IRC) of the House of Representatives is one of the best bodies to consult with. The IRC’s job is to show a healthy pathway to the government, especially to the Ministry of Foreign Affairs. It would have been better if the government had discussed the policy in the IRC, as it has representatives from all major parties in the parliament. It did not, which is why IRC members are not happy with the government’s approach to bringing out the document without consulting them.

The new foreign policy document is voluminous but it lacks SWOT analysis, and elaborated strategies on addressing, among others, economic diplomacy, labor diplomacy, climate change and soft power. The document is vague in its objective and thus it makes the challenges specified in the last chapter of the policy document appear irrelevant. Similarly, the policy broadly talks about Nepal’s engagement with its neighbors, major powers, and its commitment towards multilateral organizations—such as the UN, SAARC, and others. But it does not spell out a candid policy framework.

While discussing track-two diplomacy that is included in the policy document experts showed ambiguity and skepticism for their alignment with party interest. They raised questions on why the government would prefer track-two diplomacy to existing formal channels. How could this protect the national interest of Nepal? Experts are of the view that the document should have included integrated national security issues.

Right after the government came out with the document, the questions were raised about the need to amend it before implementing it. It is not good when we have to amend the foreign policy now and again. In foreign policy, we should visualize the plans of other countries and their activities. This needs a wide range of discussion among all related stakeholders. The government needs to consider this aspect before implementing the policy.

Despite several shortcomings, many believe that the effort of the Ministry of Foreign Affairs in bringing out the Foreign Policy Document is a stepping stone in documenting our foreign policy, which in the past did not exist. But to practically implement the policy, it is equally important to integrate it with core national interests and priorities.

That said the initiative to bring out a new foreign policy is a good start. We should learn from our past mistakes and get prepared for a new beginning.  The government, especially the Ministry of Foreign Affairs, should ensure that the policy gains larger ownership from all stakeholders.